On 20 November 2016 ico-D Member  signed a Memorandum of Understanding (MOU) with ico-D as a part of a formal commitment to transfer management of INDIGO, the International Indigenous Design Network, to Deakin University for the next five years. The agreement included a plan to launch the International Indigenous Design Charter as a flagship project for INDIGO during in Montréal next year at the World Design Summit. The MOU signing happened at Greenland House, Copenhagen as part of Was.Is.Always event organised by Deakin University and aligned with the 10-year anniversary of the pilot INDIGO project called MIX06 involving Robert L. Peters, former ico-D President and Koopman Distinguished Chair in Visual Arts at the University of Hartford, Connecticut USA. INDIGO was officially launched a year later in La Habana, Cuba at the ico-D World Design Congress 2007.

involved a series of events in Greenland, Sweden and Denmark designed to gather data to produce a first draft of what will be INDIGO’s cornerstone project, the International Indigenous Design Charter.

Speaker Maya Sialuk Jacobsen at the KEA University Workshop, Copenhagen for the Was.Is.Always event, a Copenhagen-based Greenland/Inuit designer and tattooist.

Although globally focused, the Australian Government, Department of Foreign Affairs and Trade (DFAT) supported Was.Is.Always: South to North. Damien Miller, the Australian Ambassador to Denmark, Greenland, Norway and Iceland attended the workshop hosted by the University of Greenland in Nuuk.

Ambassador Miller, a proud Gangulu man made the following comment at the end of the workshop tour in support of the INDIGO initiative,

"I want to congratulate Deakin for taking this initiative and also for agreeing to relaunch, in conjunction with the International Council of Design, “INDIGO,” a global Indigenous design network. DFAT launched an Indigenous Peoples Strategy in 2015. Our headquarters and posts are focused on advancing the rights of Indigenous peoples, strengthening links between them, and encouraging Indigenous business engagement. The Deakin workshops helped us advance all three objectives.”

Ambassador Miller also added, “As Australia’s first Indigenous Ambassador I was delighted to support Deakin’s Was.Is.Always project, which aims to start a conversation about an international Indigenous design charter.  The aim of the charter would be to encourage the design community to think about the appropriate representation and use of Indigenous designs and traditional symbols.  The idea for an international charter grew out of Deakin’s work on the Australian Indigenous design charter (which was concluded this year).  Through a DFAT International Cultural Diplomacy Grant, Deakin was able to hold a series of initial discussions and workshop in Greenland, Denmark and Sweden, including with Indigenous designers and artists, with the University of Greenland and the Copenhagen School of Design and Technology.  One of the highlights of the program was seeing seven Australian Indigenous artists visit Greenland – finding new artistic inspiration; meeting Greenlandic designers and artists; and forging new links with Inuit peoples." 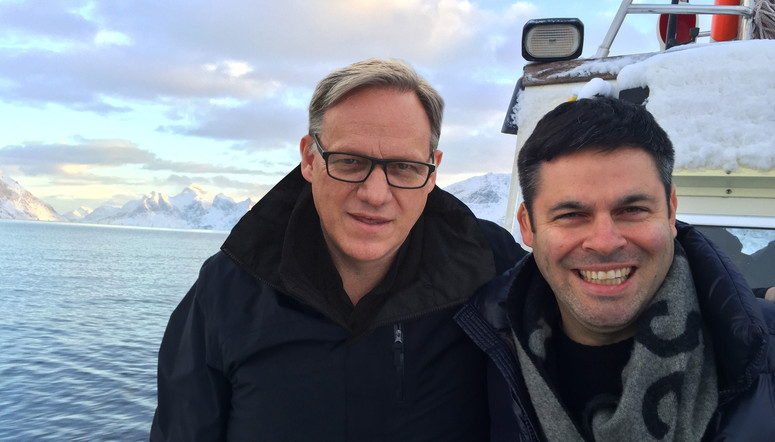 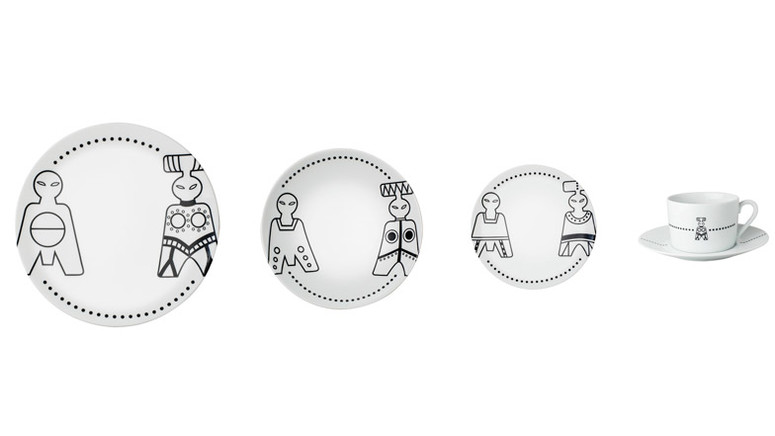 ‘Tradition-inspired contemporary design’ by Liss Stender, an Inuit designer who spoke at the Greenland University workshop in Nuuk, Greenland as part of Was.Is.Always. 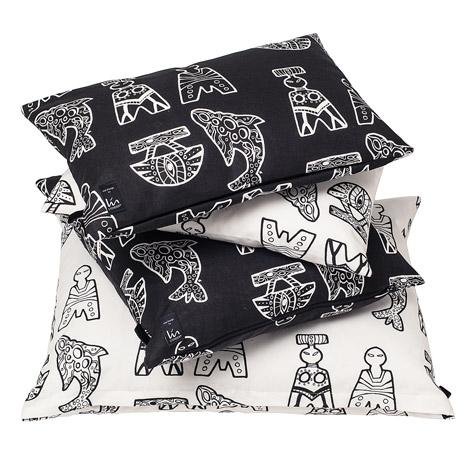 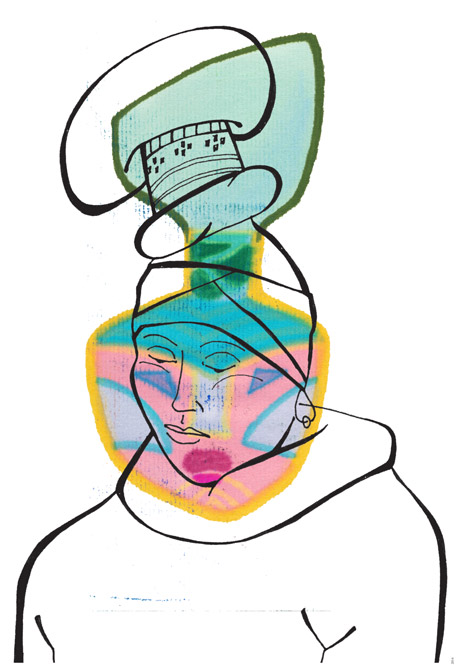 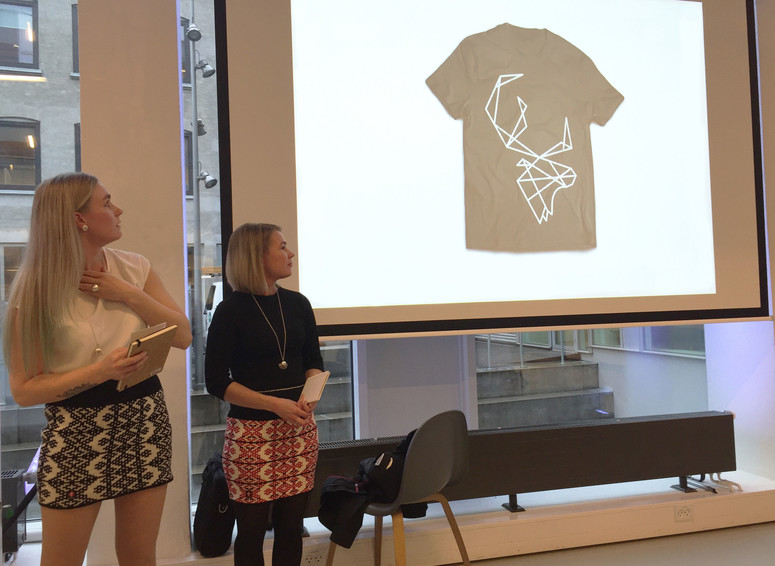 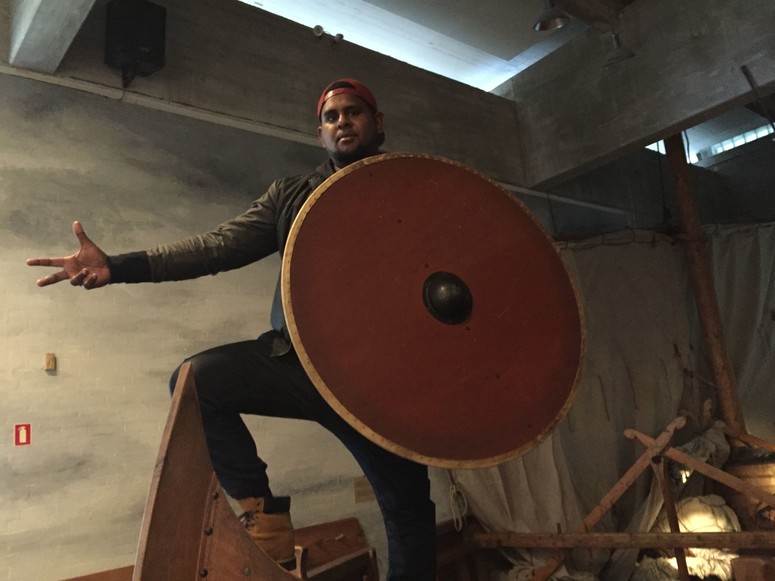 A Viking moment for Michael Nona one of the Was.Is.Always students.

Established in 2007, INDIGO, the International Indigenous Design Network, is an open platform that connects designers worldwide in an effort to explore our understanding of indigenous design. It provides an online forum for sharing ideas and information, fostering discourse among participants and contributing to the furtherance of indigenous and local design. Through its participants and projects, INDIGO seeks to gain some insight into what makes design distinctive to its home, the connections to the place where it is made and for whom it is made. INDIGO’s role will also to act as a meeting place to share knowledge. As more and more designers work within a global context seemingly without borders, INDIGO provides an online medium for design practice as it contributes to the formation of national cultural identities.

In 2010, INDIGO introduces Mother Tongue, an online exhibition that attracted more than 500 submissions in response to an international call for entries. In 2010 the Mother Tongue exhibition traveled the world starting in Forli, Italy and Taipei, Taiwan (Chinese, Taipei). In October 2012 Rediscovery, the INDIGO themed, Ico-D Design Week in Sarawak formed part of an international platform to further develop INDIGO's mission and vision. In 2016 Russell Kennedy states, “Deakin University makes a commitment to continue the mission and vision set by Ico-D for INDIGO, the International Indigenous Design Network”. 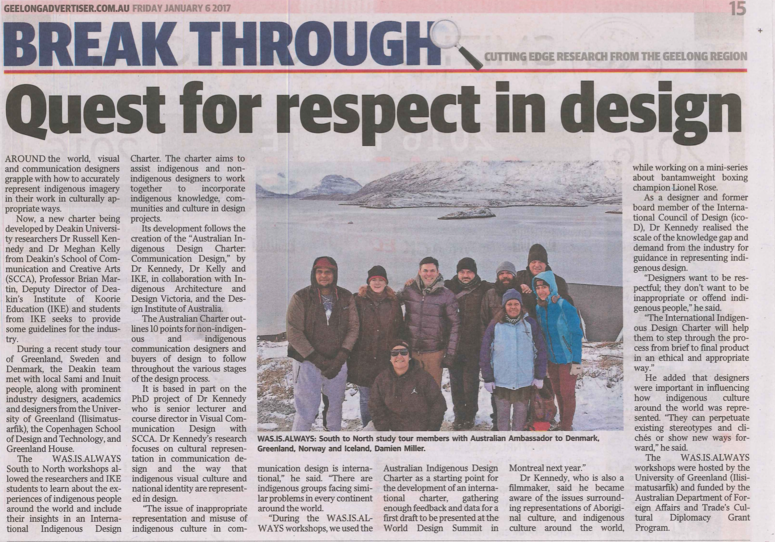