The Design Faculty at Stroganov consists of 7 design departments including Furniture Design and Communication Graphic Design and Multimedia (respectively, above).

The Splash! regional feature series is a Member outreach initiative that explores aspects of design specific to regions visited by Board and Secretariat. The goal of Splash! is to take advantage of being in-situ, and to facilitate person-to-person contact and conversation with regional Members, in order to conduct interviews, carry out studio visits and video reportage with a regional focus. This is the second feature in our regional Splash! Moscow series, where we follow in the footsteps of ico-D Board Members after their visit to Moscow for IBM08 (August 2015).

What follows is a short history of ico-D Educational Member Stroganov Moscow State Academy of Design and Applied Arts by Vice-rector and Professor Alexander Lavrentiev.

Stroganov Academy is the oldest university of applied and industrial art in Russia. Today the Academy prepares highly qualified specialists in popular artistic professions, among them: product, environment and graphic designers, muralists and sculptors, decorative artists, restorers and art critics. Stroganov Academy was founded in 1825 by Count Sergey Stroganov – a member of a noble Russian family, who consequently supported the development of national art and industry.

The newly published monograph, Stroganovka. 190 years of Russian Design, covers the history of Russian Industrial art from the moment the School of Drawing and Arts and Crafts was founded by Count Sergei Stroganov in 1825, up until today. The school played an important role in the development of a national Russian approach to applied arts and design education through a number of avenues. An important part of the school’s evolution was the opening of The Museum of Applied Arts in 1863, the first public museum of this kind in Russia. Additionally, expeditions directed by Victor Butovsky in the mid-nineteenth century to the Russian North laid the foundation for the collection of peasants applied arts objects and influenced the creation of the national Russian style in art, architecture, ornamentation and all branches of decorative arts—a movement which started to garner international recognition in exhibitions of the nineteenth-century (Wien, Paris, Turin, etc.). 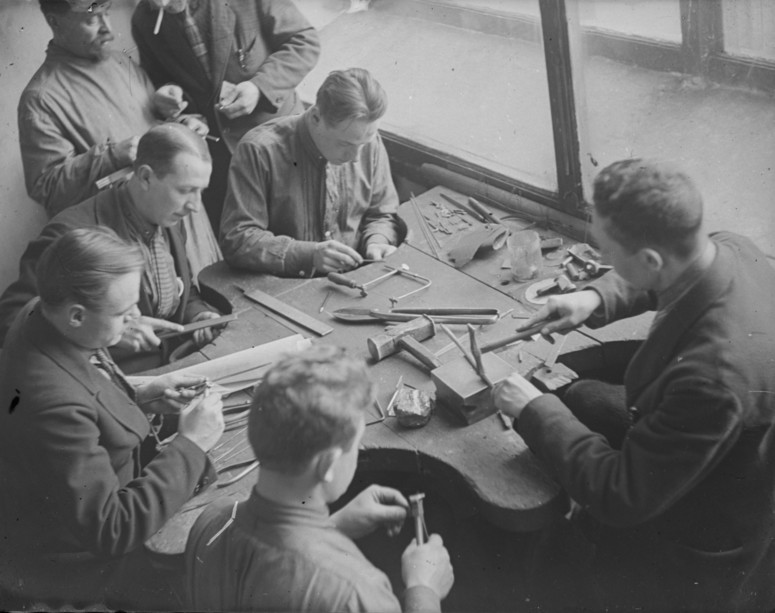 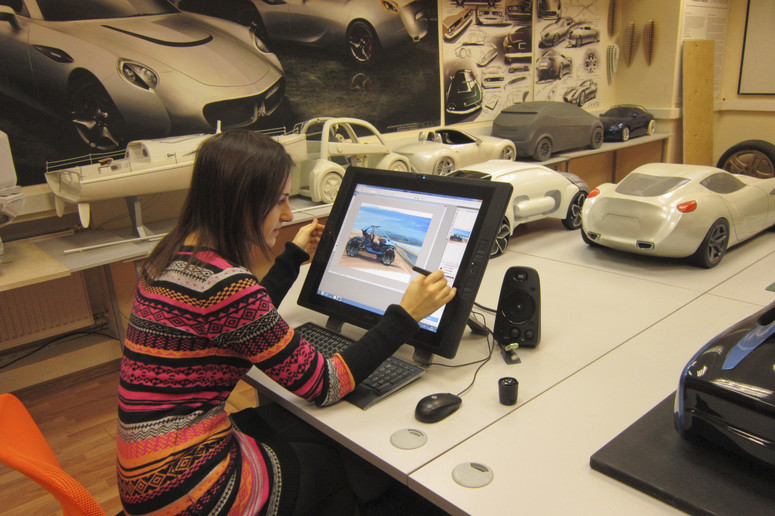 
World famous artists, architects and designers have always been welcomed to teach at Stroganov Academy despite their artistic views or preferences: Mikhail Vrubel, Fedor Shekhtel, Konstantin Korovin, to name just a few. In 1901, Stroganov gained the status of an Emperor's school. Famous for its porcelain, textile, jewellery, furniture and printing workshops in the early twentieth-century, graduates of Stroganov worked in textile industries and as decorators of interior spaces, exteriors and theatre sets. Vladimir Egorov became the founder of the Russian school of film set design and continued his activity later in the Soviet period. Zakhar Bykov designed clock and subway stations and later became the director of the school in the late 1950’s.

The school was re-founded after WWII in 1945 as a school of arts and crafts for the architectural environment, motivated by the need to reconstruct houses and whole cities destroyed during the war between 1941-1945. There was great need for sculptors, mural painters and decorators at that time. However, this new design approach, very soon became dominant as well within the faculties of interior, metal, wood and ceramic. Students started to design furniture cars and buses, light fixtures rather than decorative elements of the interior and exterior decoration. The special resolution of the Soviet government in 1962 stressed the need for education to professional designers (they were called “artists-constructors” at that time) for industry.

Only in the late 1980’s were the international terms “design” and “designer” officially accepted. Professional architects played the main role in building up curriculum for the reborn design professions. Some of them were graduates of the avant-garde school of Vkhutemas and reconstructed the principle of introductory, formal-compositional courses.

The Stroganov school programs were accepted in all of the Russian design schools throughout the country. But in 1960’s and 1970’s a number of graduates, newly educated designers, started to teach. Many of these professors successfully finished their post-graduate studies and became authorities in their fields.

In the 1960’s and 1970’s, there were about 30-50 graduates in the design departments (graphic design, product design, interior and furniture) every year. Most of these graduates started to work as industrial designers in the newly founded bureaus and research institutions or at the exhibition design combinat of the Ministry of Culture. During these years, graduates designed aircrafts and trucks, exhibition spaces, furniture and textiles. 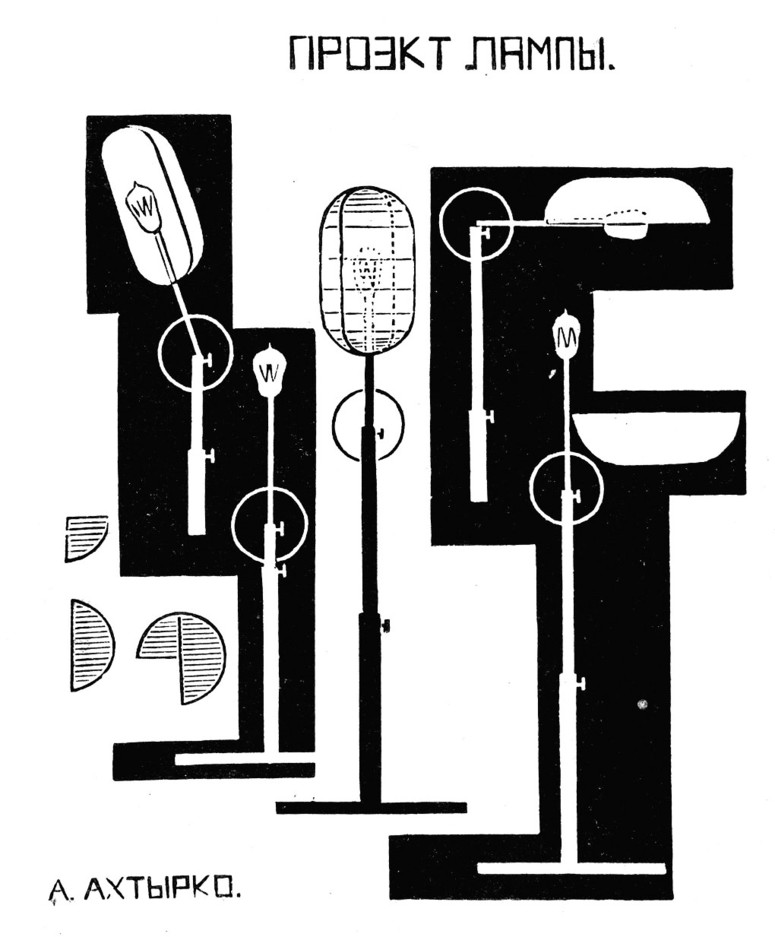 Building of the Stroganov Academy in Moscow at the Jubilee ceremony, November 2015

Today, the Stroganov Academy of Design and Applied Art educates future designers (together with artists, sculptors, restorers and art-critics) in product, environment and graphic design, transport, as well as furniture and textile design. One can trace the same world design trends in the graduate and semester projects: International style and high-tech, post-modernism and metaphorical design, organic form and minimalism. Each department reflects its own design strategy: communication and visual language in graphic design, dynamic compositional approach in car styling, regional traditions in product design, stylisation and ensemble in environment design, ecological philosophy in textiles and functional mobility and flexibility in furniture design. 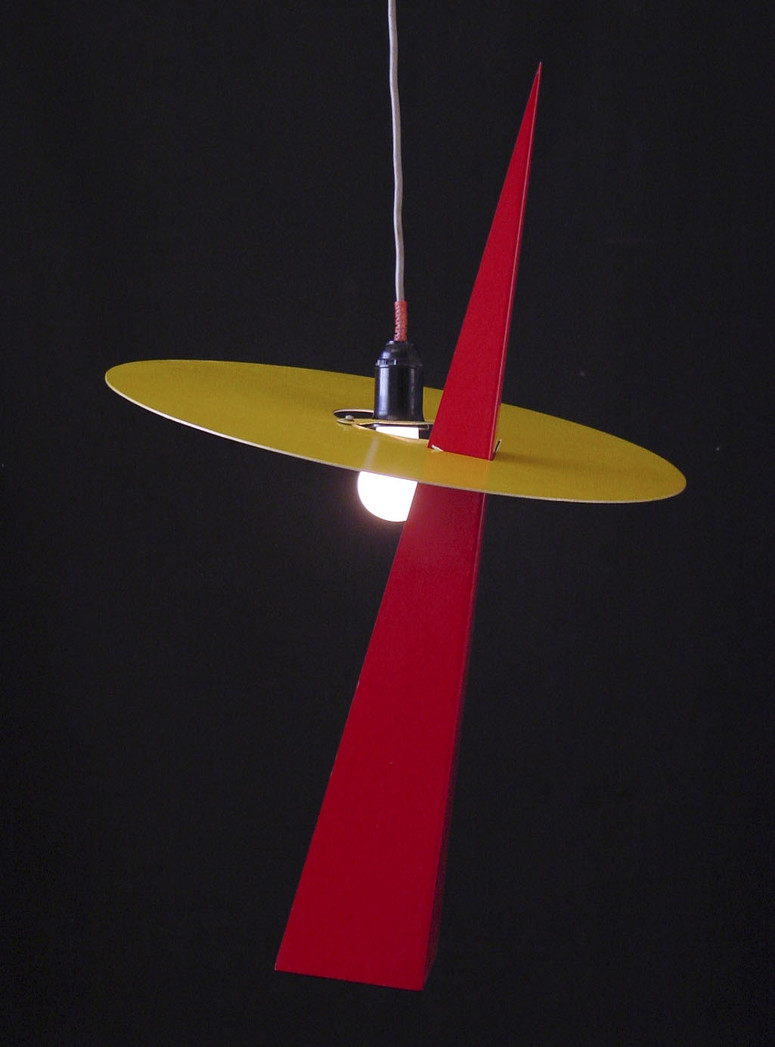 The newly released book: Stroganovka. 190 years of Russian Design describes not only the actual product design courses in all these specialisations but the additional disciplines as well: ergonomics and fundaments of design analysis, composition, stylisation and photographs. Sergei Stroganov started with about 50 scholars (children of craftsmen, even the serfs were allowed to enter) and now there are 1600 students. A student of the twenty-first century will find within the walls of modern Stroganov Academy the opportunities to improve both academic and digital art skills at his or her choice. 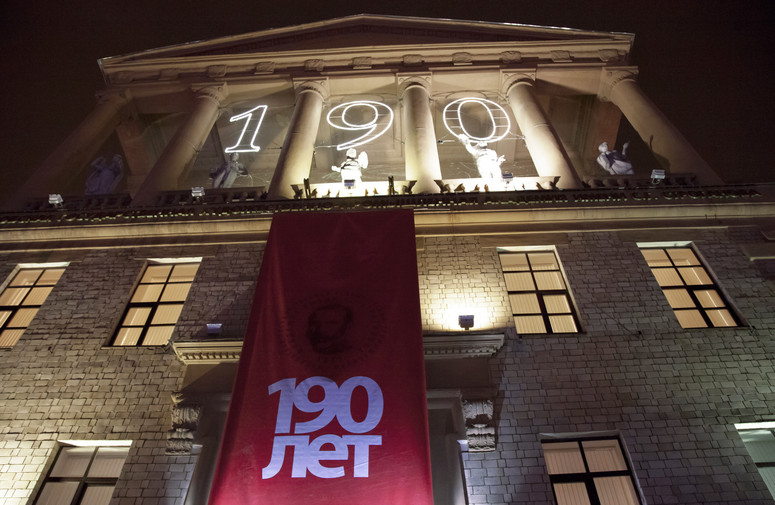 Nowadays the teaching staff of the Academy also consists of big names and talented youth both in contemporary and classical art. Tradition and innovation get along very well to elevate both creativity and bold artistic thinking. The tuition in lecture rooms, and drawing, painting or sculpture classes have a range of workshops from the old-fashioned open fire blacksmith forge to up-to-date 3D printer and prototyping machines.

The Academy’s museum was founded with the purpose to give the students the advantage of direct examination of the best world samples. The same principle is preserved today – the students have classes at the museum: they learn from the touch, take measurements, make copies, make research, restore, etc. 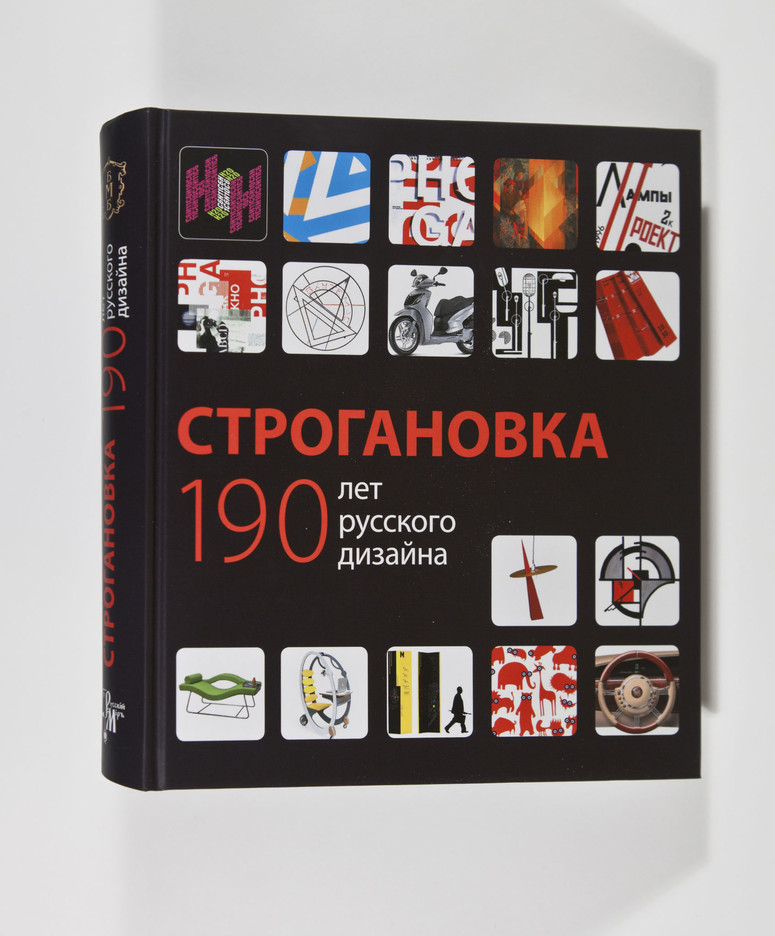 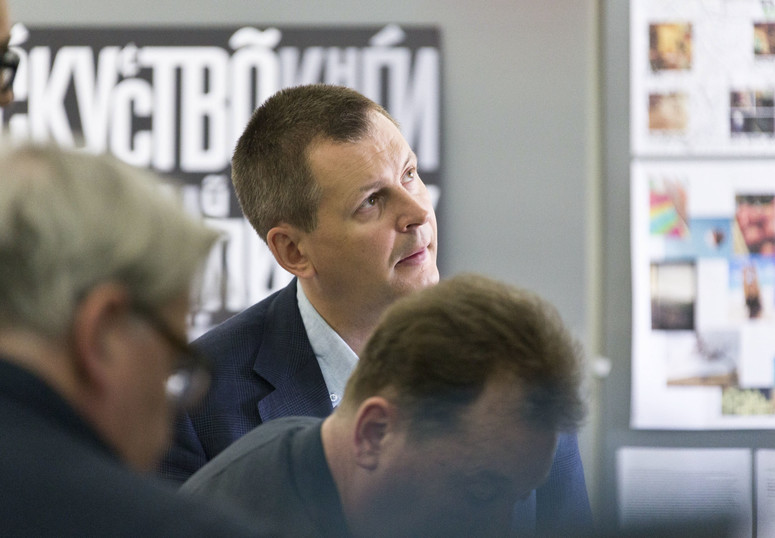 View of the Jubilee exhibition at the Academy. Glass, ceramics and textile departments in the middle of the exposition. 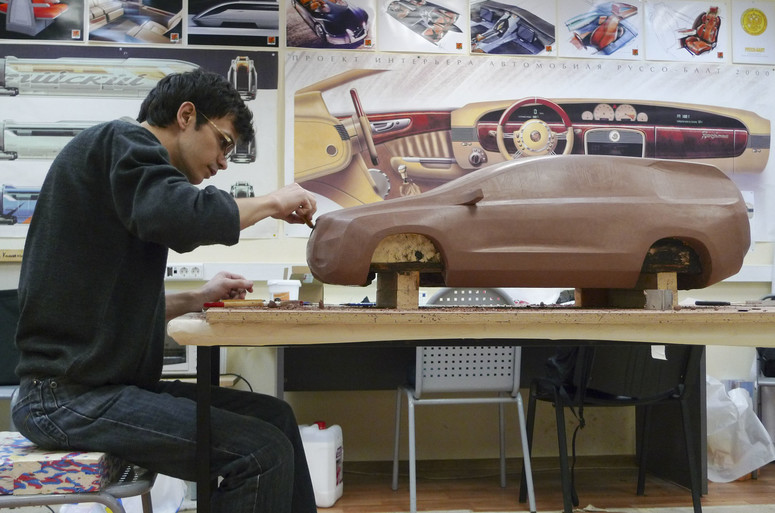 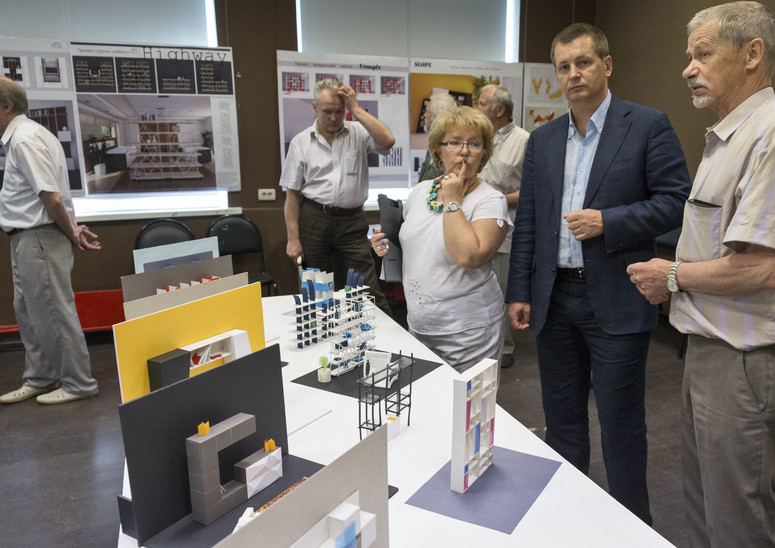 Today Stroganov has a strong international educational network with many new programmes and initiative. Here are a few:

• A new Digital Art curriculum is being developed by 10 Russian institutions, with Saratov University acting as Chief Coordinator. Three European universities are involved: the Teessiside University in Great Britain, Aalto university in Finland and the Alberta University in Portugal.

• New textbooks on design are currently being written on the subjects of History and Theory by professor Alexander Lavrentiev; Multimedia in Exhibition Design by teacher Antonio Vilches-Nogerol; and Digital Technologies in Design by professor Tatiana Litvina. Stroganov boasts many professors who are active in the field of contemporary digital art such as Konstantin Khudiakov, professor of the department of History of Arts, and well-known artist famous for his metamorphose quasi-golographic panels and touch-screens.

• Every year Stroganov hosts students from Europe and China coming for full- and parttime studies in the bachelor or master programs. Stroganov also carries out exchange Shanghai university

• Stroganov Academy has cooperation agreements with the Courtauld Institute in London and University Ka Foscari in Venice to develop research and exchange in the field of history of arts. Each year there are students exchanges in design with the Offenbach am Main University.

• A plan to connect with a similar school in Bratislava for exchange under Erasmus programmes is now underway. 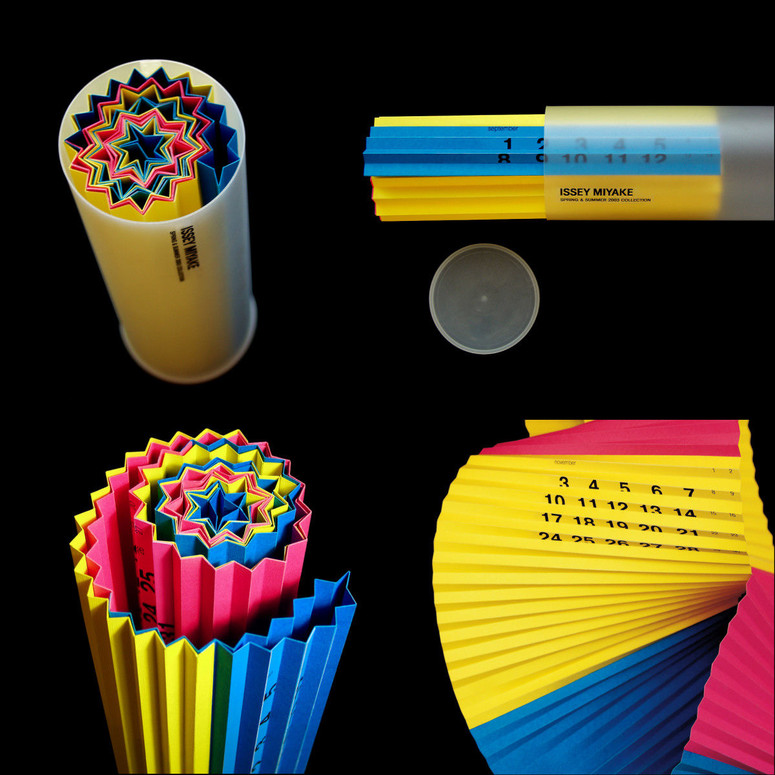 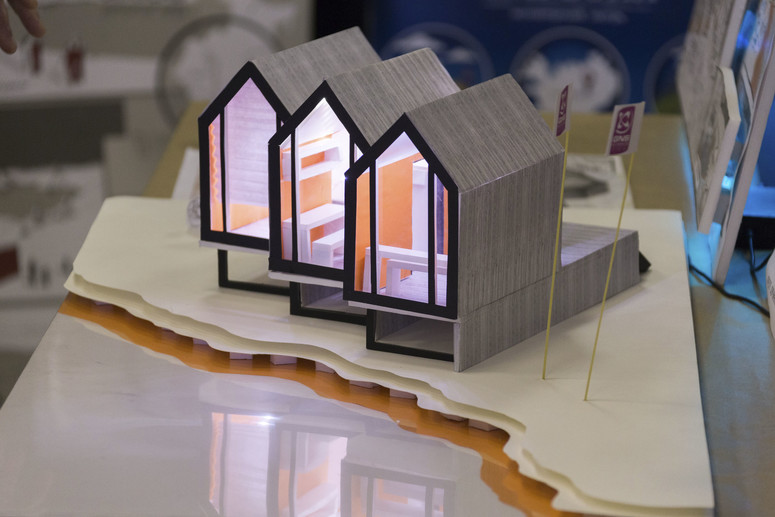 Following in the footsteps of the ico-D Board Meetings, the Splash! feature series is a Member outreach initiative that explores aspects of design specific to regions visited by Board and Secretariat. The first was Splash! South Africa, following the ico-D Johannesburg Open Forum; the second was Splash! Stockholm, following IBM07, hosted by Svenska Tecknare. The goal of Splash! is to take advantage of being in-situ, and to facilitate person-to-person contact and conversation with regional Members, in order to conduct interviews, carry out studio visits and video reportage, as well as to request for unique content to be created by regional Members for a homepage takeover to provide a compelling and relevant regional focus.