On 30 November 2019 in Vancouver (Canada) on the occasion of the 28th General Assembly of our Members hosted by Member Emily Carr University of Art + Design, the 2019 ico-D President's Award and 2019 ico-D Achievement Awards were presented.

Beginning in 1970, the ico-D President's Award has been presented on a biennial basis by the ico-D President. The trophy honours an outstanding contribution to the work of the Council. The 2019 ico-D President’s Award recipient was Min Wang, a Professor at the China Central Academy of Fine Arts (CAFA) in Beijing where he also serves as the Vice Chair of CAFA’s Academic Committee. 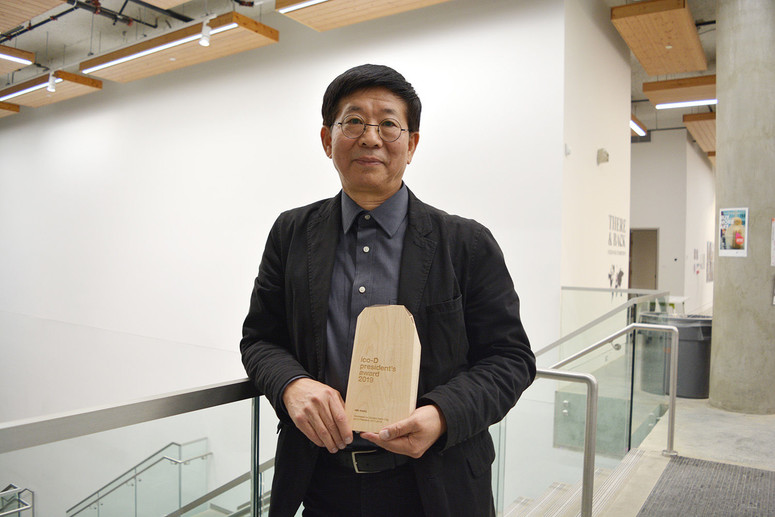 Since 2009, Min Wang has played a key role in developing Council's presence in China. Min Wang was the Dean of School of Design at CAFA from 2003 to 2016, appointed at this time by the Ministry of Education as a Chang Jiang Scholars Professor in 2006 and Chair Professor at the School of Design of Hong Kong PolyU in 2013. Min Wang was a Council Member of the Creative Economy, the World Economic Forum and he is member of AGI (Alliance Graphique Internationale), as well as President of the AGI China Chapter from 2013 to 2016.

Min was the Design Director for the Beijing 2008 Olympic Games Committee from 2006 to 2008, and the founding Director of the Art Research Center for Olympic Games at CAFA. Under his leadership, the Center created the medal, pictogram, color system, image and identity guidelines, etc. for the Beijing 2008 Olympic Games. Min was Vice President of Icograda (the International Council of Graphic Design Associations) from 2007 to 2009. He was the key organiser for the Icograda World Design Congress 2009 and responsible for the founding of Beijing Design Week. Min is currently the General Secretary of the Expert Committee of Beijing Design Week, and advisory committee member of International Center for Creativity and Sustainable Development under the auspices of UNESCO (ICCSD).

Created in 2001, the ico-D Achievement Award honours an outstanding career. The Award may be presented to an individual or a team in recognition of outstanding and consistent achievement in the practice, education or promotion of design. Achievement Award winners must be nominated by ico-D Members. This year’s Achievement Award recipients included Bob Hambly, Creative Director at Hambly & Woolley Inc., nominated by Association of Registered Graphic Designers (RGD), Hélène Godin, Executive Vice President and Creative Director at Sid Lee, nominated by Société des designers graphiques du Québec (SDGQ), Hanno Ehses, GDC Fellow, nominated by Society of Graphic Designers of Canada (GDC) and Deborah Shackleton, Associate Professor of Design and Critical Studies at Emily Carr University of Art and Design, nominated by Emily Carr University of Art and Design. 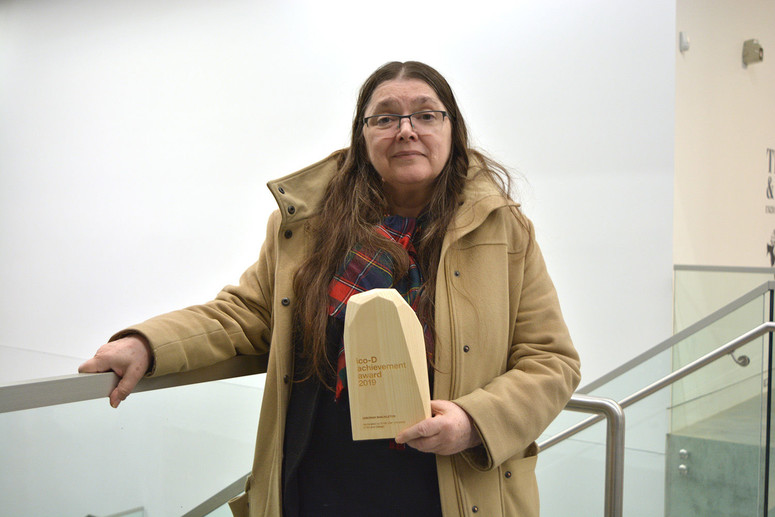 Deborah Shackleton earned a BAA in design and media arts from Ryerson University and an MA focused on leadership and learning from Royal Roads University. Deborah’s research interests include practice-based research and learning theory for human-centred designing which she brought to her teaching of design research and methods courses. She has also led numerous initiatives with partner organisations in the health sector and the Health Design Lab at Emily Carr, with an emphasis on participatory research methodologies. She is a published designer, writer and photographer whose work has been recognised nationally and internationally.

Deborah held many leadership positions at Emily Carr University, including her position as Dean of Continuing & Networked Education (now Continuing Studies) in 1997 and, most recently, Dean of the Faculty of Design and Dynamic Media (2014–2018). She is one of the founding editors of Current, a design research journal, and is the Founding Chair of the ECU Research Ethics Board. She has also sat on many committees throughout her time including President of the Faculty Association, Board Member, Chair of Senate Governance Committee and many more, making a significant contribution to the institutional growth of the University.

Deborah started teaching at Emily Carr University in 1989 and in the thirty years since made a remarkable intellectual contribution to the design curriculum in both undergraduate and graduate levels, helping to develop world-class design programmes. 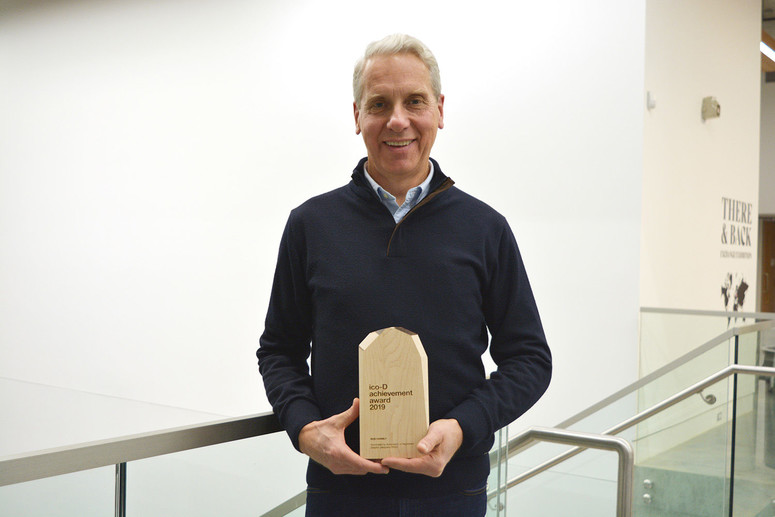 A graduate of the University of the Arts, Philadelphia, Bob Hambly co- founded the Toronto-based design firm Hambly + Woolley (H+W) in 1990. Over the past 20 years, the firm has grown in scope, recognition and reputation and, under Bob’s leadership, has received over 350 national and international design awards.

Bob Hambly (RGD) has made significant contributions to the Canadian design community. He has been generous with his time and knowledge, benefitting our profession, countless designers and his extraordinary list of clients. Bob’s affinity for visual identity and branding spans both the publicand private sector. His work is quietly powerful and meticulously- crafted. His superpower is his ability to strike a balance between consensus-building and uncompromising design. Bob brought his expertise to the Association of Registered Graphic Designers (RGD), acting as VP of Communications for 5 years.

While on RGD’s Board, he oversaw many initiatives, including the  creation of its Design Committee. This Committee was established to develop an effective process when working with designers on RGD projects and to ensure they are respectful of the RGD brand. Bob’s firm also contributed an update to RGD’s identity, which included a new design of the certificate RGDs receive upon completing their certification. 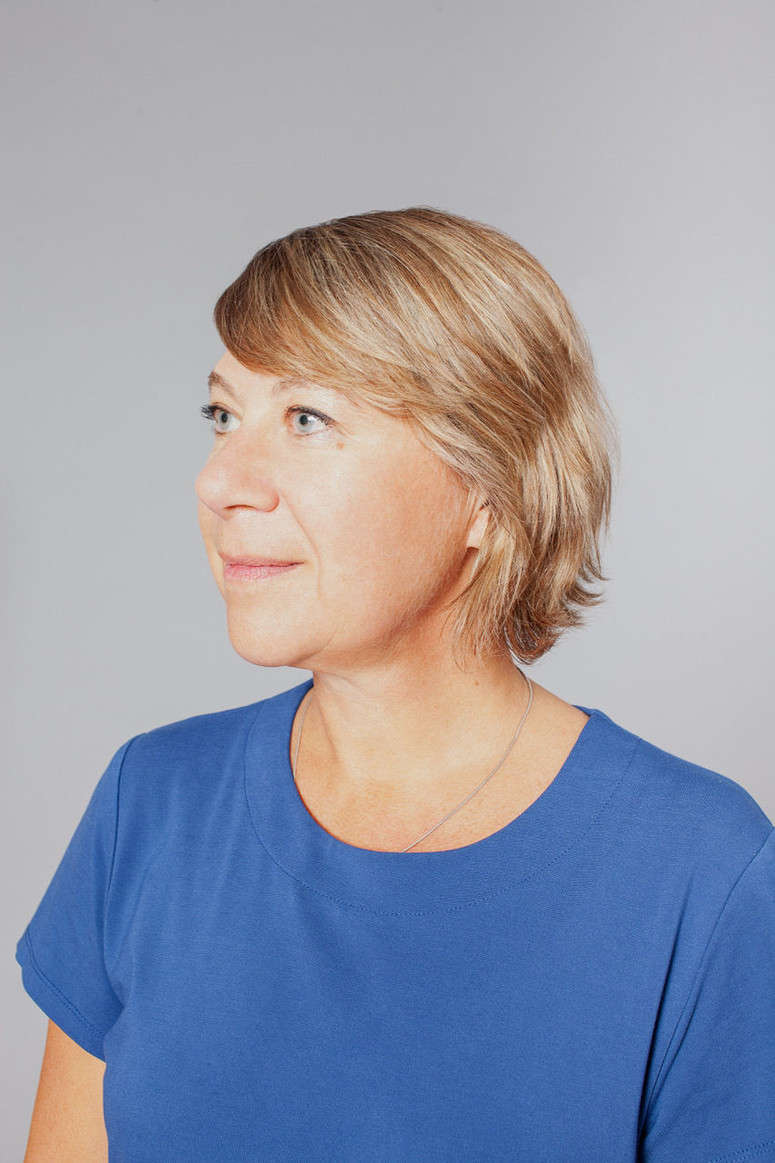 Graduate of the University of Québec at Montréal, Hélène Godin began her career with Cossette in 1990, and joined Sid Lee as Creative Director in 2001. Hélène is a prominent figure of the Montréal design community, playing an influential role in the city’s rise as an international design capital. She has blazed a trail for all women in the creative industry, showing them that design is solely the product of creativity and intelligence, and not a matter of gender.

She is now the founder and Chief Creative Officer of the school of creative sciences, Factry. The school’s mission is to foster creative spirits and find novel solutions to present-day challenges. She has won many prestigious awards during her career and several prizes both local and international: Grafika grand prize, Applied Arts, Cannes Lion d’or, One Show Design. 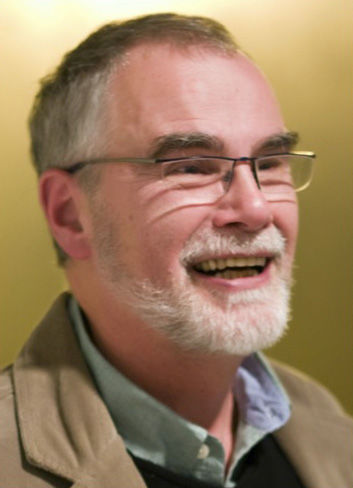 Since 1974, until his retirement in 2010, Hanno Ehses was Professor of Visual Communication at Nova Scotia College of Art and Design (NSCAD) in Halifax, Canada. After an apprenticeship in typesetting he studied design in Aachen, Ulm, and Braunschweig/ Germany. He worked as a designer at the studios of Otl Aicher in Ulm and Olaf Leu in Frankfurt as well as for various public institutions in Canada.

Hanno published his research work in Design Papers 4, 5, and 6 under the headings ‘Design and Rhetoric: An Analyses of Theatre Posters’ , ‘Rhetorical Handbook’ (together with Ellen Lupton), and ‘Design on a Rhetorical Footing’. In addition, his research has been published in several publications, including The Canadian Journal of Research in Semiotics, Design Issues (MIT Press), Icographic, (Journal of Icograda), Typographic (Journal of the Society of Typographic Designers), and Graphic Design
Journal (GDC).

Congratulations to all our winners!