On 16 October 2022 in Kaunas (Lithuania) on the occasion of the 29th General Assembly of our Members hosted by Member Lithuanian Design Association (LDA), the 2022 ICoD Achievement Awards and 2022 ICoD Education Award were presented.

Gediminas Lašas’ name is closely associated with the Lithuanian Graphic Design Association (now Lithuanian Design Association, LDA). As one the association’s founders, in 1996, Mr Lašas played an active role in shaping the design community in Lithuania. He was an LDA Board member for more than 20 years, serving as President from 2006 to 2019, and his tireless work contributed to the growth of the association, bringing together designers from many different fields of design.

Mr Lašas studied at Vilnius Academy of Arts, in the Department of Design where he began his career in various fields of design, including packaging, editorial, communication, exhibition, and more. He designed the first Lithuanian passport after Lithuania declared Independence in 1990, and is one of co-authors of the Lithuanian Pavilions at World Expo in Shanghai (China 2010), and in Yeosu (South Korea 2012). When not in his studio, Mr. Lašas is a lecturer at Vilnius University and Vilnius College of Design. 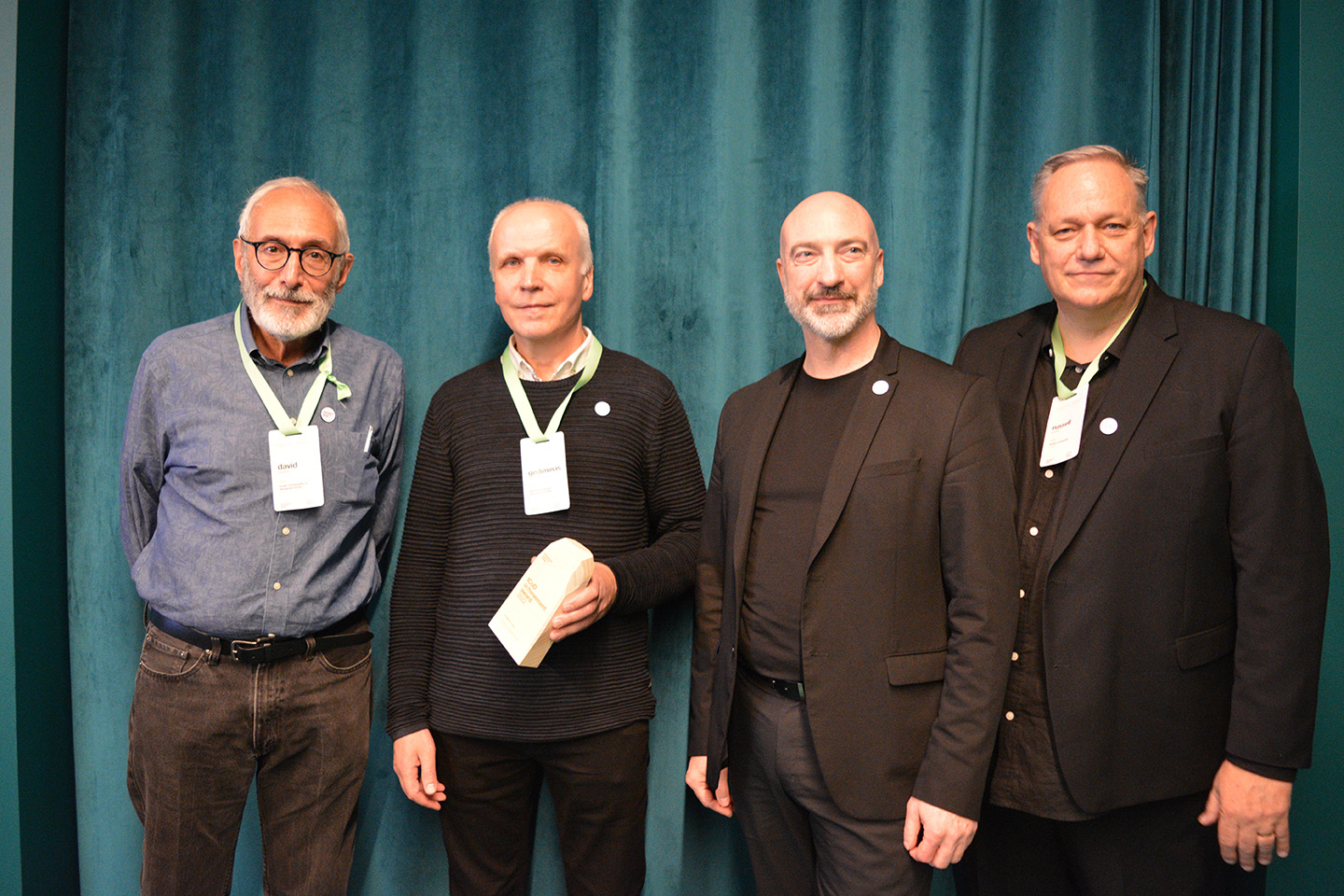 Audrius Klimas is being recognised for his significant contributions to advancing the professionalism of the graphic design community in Lithuania. In 1996, Mr Klimas was also one of the founders of the Lithuanian Design Association, which soon after became a full Member of the International Council of Design. LDA represented and advocated for graphic design within Lithuanian society, business, and culture, as well as abroad. For ten years Mr Klimas acted was the association’s President, after which he continued to serve actively as a Board Member, contributing towards making the association what it is today—the Lithuanian Design Association (LDA)—an important member of the international design community.

In 1979, Audrius Klimas graduated from the Industrial Design programme of the Vilnius Art Institute. During his studies, he started practicing as a freelance graphic designer in the Advertising Department of the Vilnius Chamber of Industry and Commerce, where he created visual identity design, posters, advertising publications for industrial, agricultural companies and cultural institutions. He worked as a designer at the Experimental Construction and Packaging Bureau, as an art editor at the children’s literature publishing house Vyturys, and a senior designer at UAB Gtech (USA) (later Lotelita, Loterija Perlas). From 1992 to 1996, Mr Klimas was the founder and creative director of the design company Nada, later named Nada Typo. 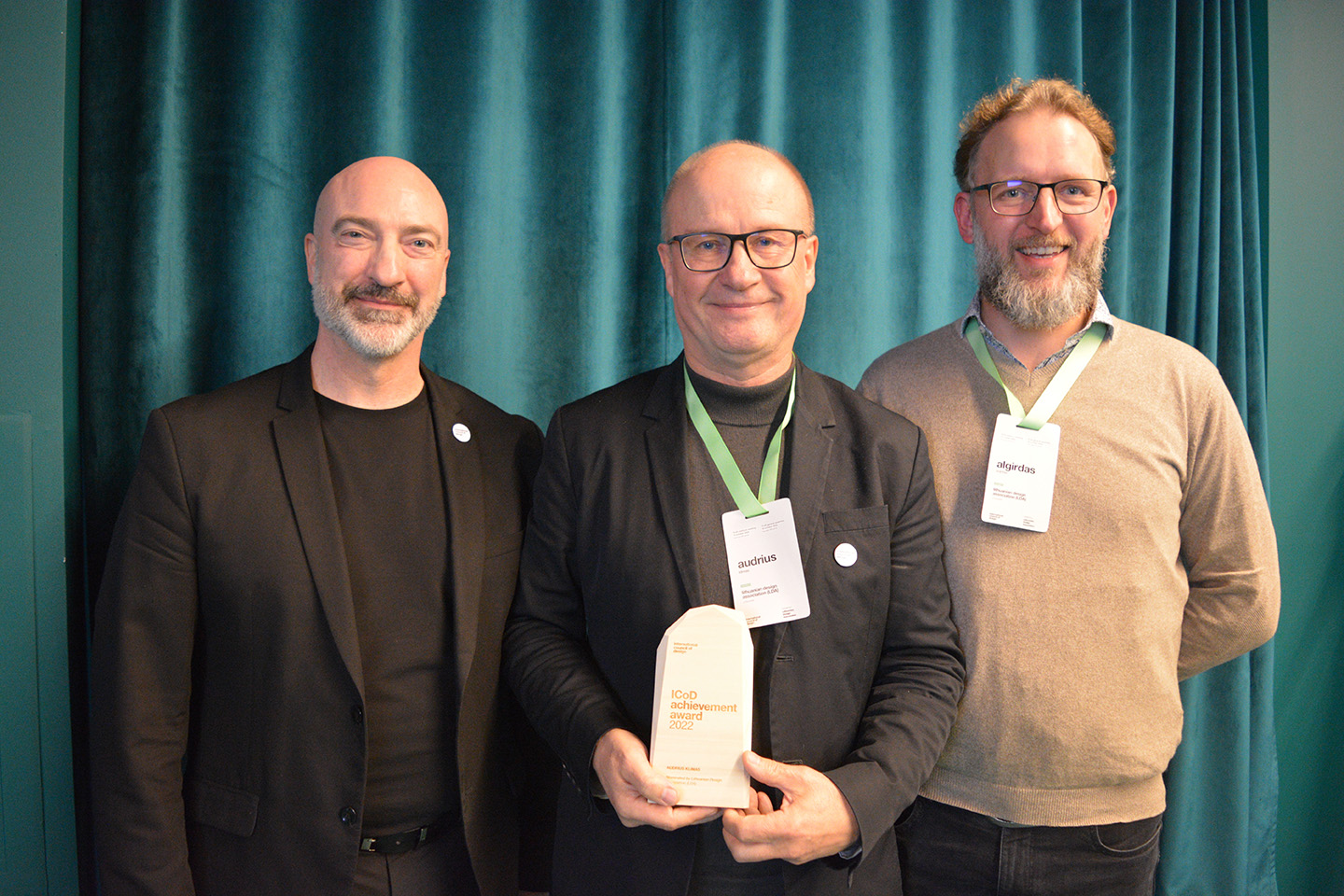 Professor Aušra Lisauskienė’s research interests include the visual examination of the phenomenon of typography and its practice in interdisciplinary fields and contexts. She designs identities and communication systems for cultural events, exhibitions, books, and has created the typefaces BALTAI and UROBORAS, She organises and supervises the international exhibitions, including, Traveling Letters, an exhibition presented in many European countries, and participates in important international exhibitions and competitions. 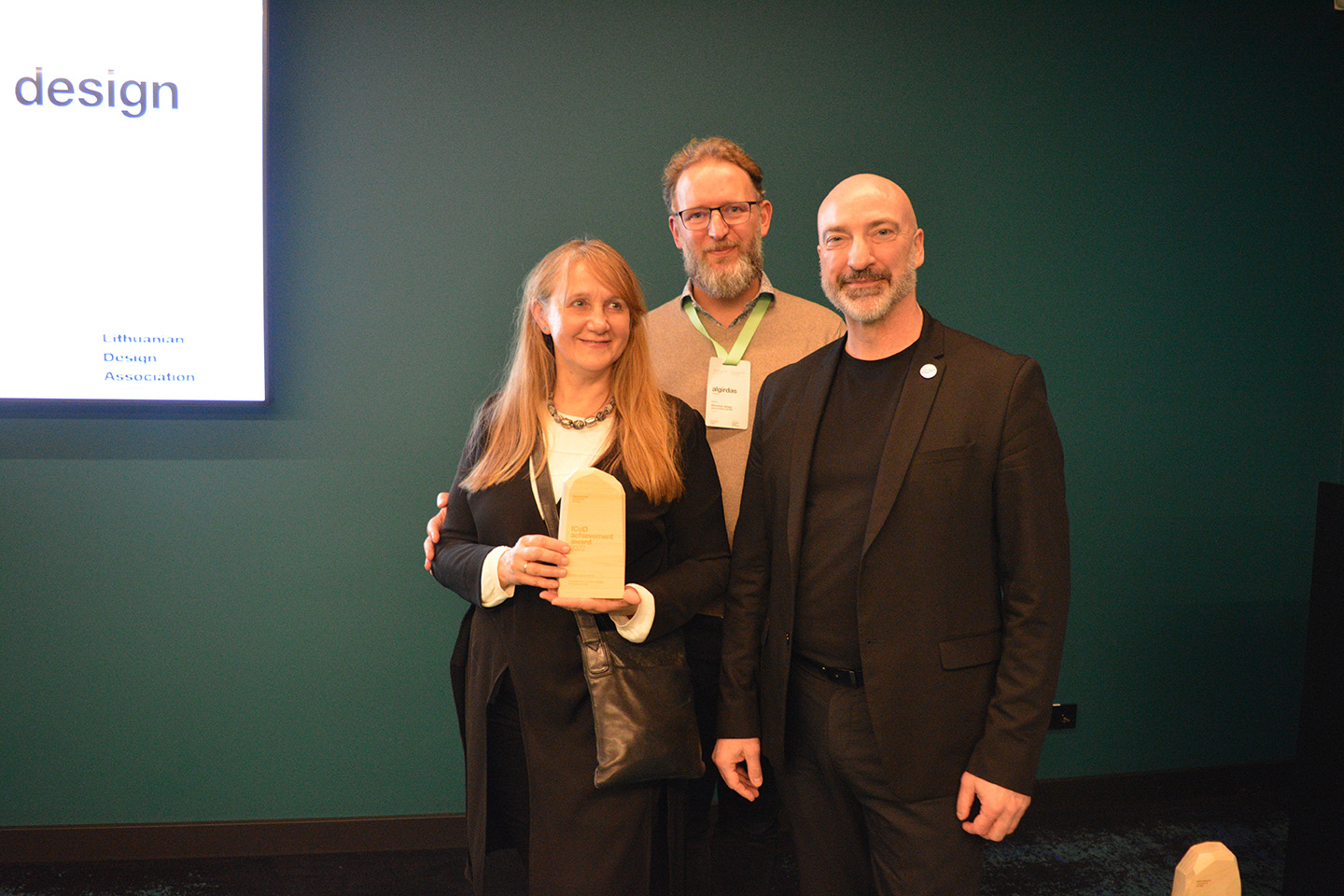 Created in 2006, the ICoD Education Award is presented to an educator from an ICoD Member institution, in recognition of outstanding innovation or achievement in design education. 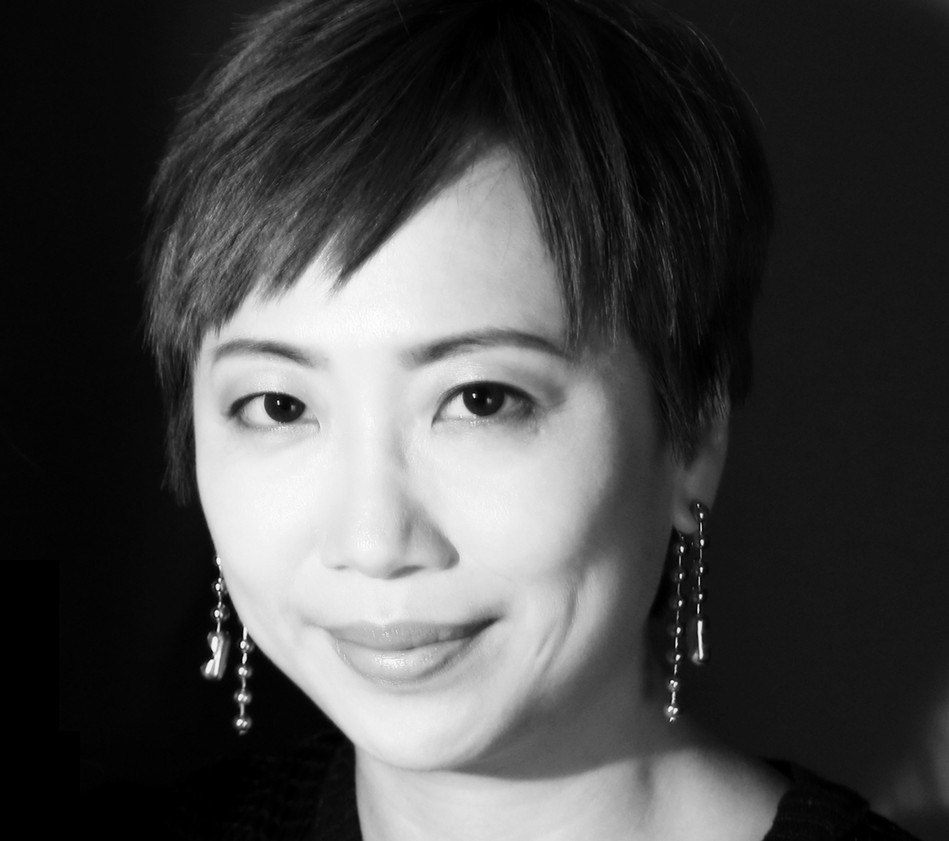 Throughout 29 years working in the higher education sector in Hong Kong, Elita Lam has developed multiple roles as a teacher, mentor, designer, administrator and researcher. Her professional practice in design education and her leadership skills have been shaped by various kinds of scholarly activities in response to the changing demands from various stakeholders and from the academic institutions she served from 1993 to present (the Hong Kong Polytechnic University and the Vocational Training Council). Through active participation in a wide range of institutional strategic initiatives and collaborative projects, she has gained deeper insight of both the academic and professional design fields, acquiring knowledge and networks which has allowed her to inspire and inform different stakeholders in both education and professional spheres. The accumulated knowledge and experience offered by these internal and external collaborations have placed Ms. Lam in a position to evolve with new learning paradigms, teachers’ training and the development of knowledge centres for design.

Congratulations to all our winners!