a story of design success where the origins of things matter 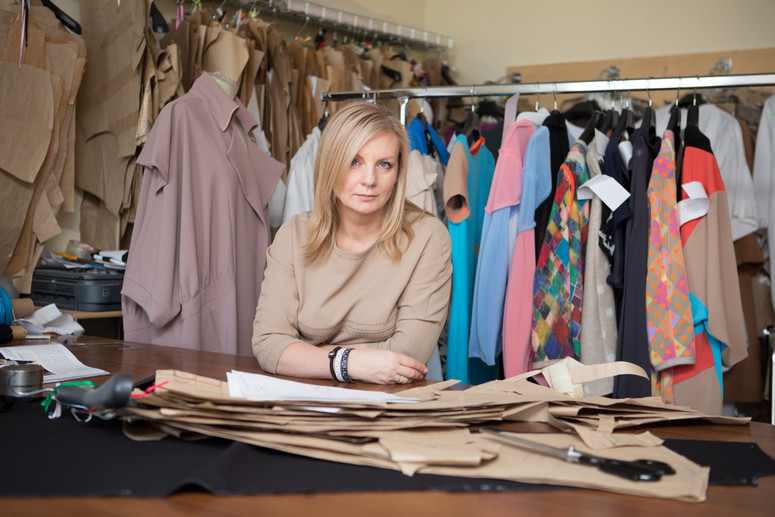 (All photo credits to Victoria Andreyanova)

"It all began with my family. My mother was a philologist and my father was a historian and a journalist. I was always surrounded by serious books which I kept reading non-stop."

The Splash! feature series is a Member outreach initiative that explores aspects of design specific to regions visited by Board and Secretariat. The goal of Splash! is to take advantage of being in-situ, and to facilitate person-to-person contact and conversation with regional Members, in order to conduct interviews, carry out studio visits and video reportage with a regional focus. This is the first story in our regional Splash! Moscow series, where we follow in the footsteps of ico-D Board Members after their visit to Moscow for IBM08 (August 2015). In this exclusive interview with Victoria Andreyanova, we learn how family, serious books and the symbol of the squirrel have all played a role in the success of one of Russia’s top fashion designers.

1
Take us on a walk through the major milestones that brought you to where you are today, including pivotal moments and key people or events that served to guide you forward.

Oh! I could go about this one forever! It’s going to be a novel the size of Leo Tolstoy’s War and Peace! When I think about my path, it certainly all started during my early childhood days. It all began with my family. My mother was a philologist and my father was a historian and a journalist. I was always surrounded by serious books which I kept reading non-stop, it was simply unacceptable to dress up and to talk about it. And I really had to hide my passion. I was so embarrassed that I was interested in all this “silly stuff,”—that I liked clothes, and I felt this censorious attitude towards me. I spent much of my life confirming the idea that you can be a designer, and a decent person. 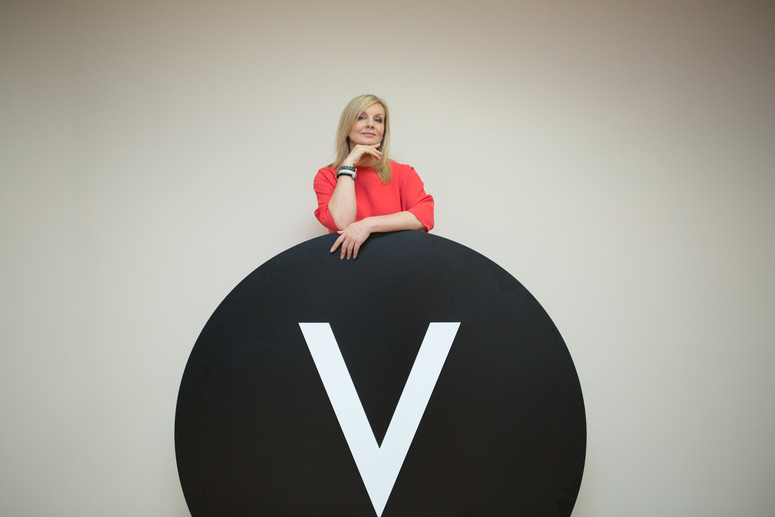 2
Why did you choose to become a designer?

The ability to dress myself well, and to dress all of my friends and family well, brought me into this profession. I think this came from a desire to remake life, to make it more diverse and harmonious. I grew up in an era of scarcity when there was no such thing as variety, when people were not offered any choice, and I wanted to express myself by creating suits and costumes.

3
When you think of your trajectory as a designer, how did the social and political climate of your country and its attitudes towards design affect this trajectory?

Since I have been in the profession for all of my life, and I am 53 now, I can easily compare the times, the eras even, to each other and against how things are now. When I started, it was easy to stand out because of the sheer absence of demand on the market. Everything was in demand. As simple as that. Now you really need to follow the brand's DNA, you need to watch out, make sure you are recognised, and that the brand continues to be integral and timeless. You have to always, always provide unique offers, and most importantly, value for money must be an absolute. In the fashion business, they say, the better people live, the better it is for the designer. So it is difficult in the times of crisis, of course. One has to take into consideration all the specifics of the moment. Today’s customer votes for quality and versatility. So you have to restrain yourself in the designs you make. But it is not difficult for me; I love strong lines, clean cuts, and an absence of decorative elements. 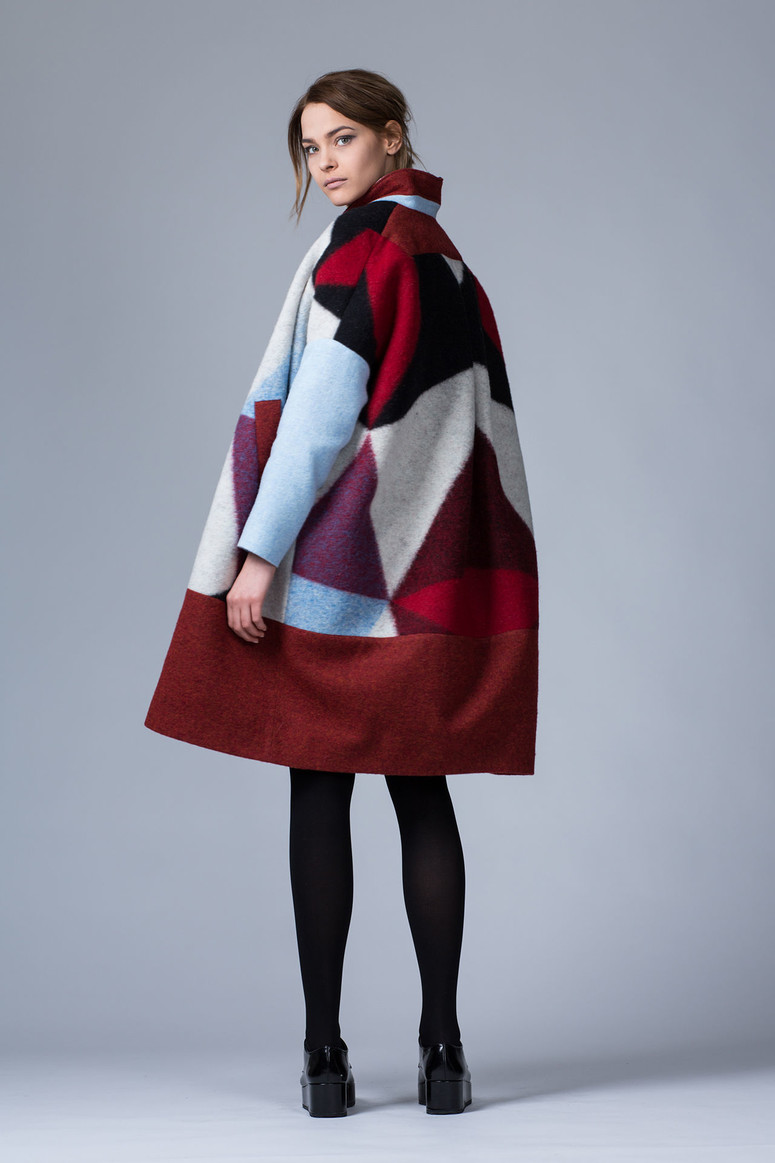 4
Describe one eureka moment or a ‘break’ that propelled your career forward.

Such moments were not few: a letter from Mary Quant back in 1991 (Mary Quant is a Welsh fashion designer and British fashion icon. She became an instrumental figure in the 1960s London-based Mod and youth fashion movements), in which she praised my design, and recommended that I not hesitate, that I be more bold and appeal to Russian Romanticism more; then I won the “Dress of the Year” contest, and then received the Golden Mannequin Award from the hands of Chantal Thomas for a very modest, yet conceptual dress back in 1995. I could also name the two Golden Mannequins I won during two consecutive years in 2000 and 2001. I cannot but mention my victory in the bid for Aeroflot and Russian railways corporate uniforms; and of course, my brand being part of the largest international trade show Tranoi in Paris for five seasons now.

5
Can you talk about the shift in your design work to designing the corporate style of the Moscow metro (2007) or the Russian Railways (2008)?

My first encounter with the world of corporate clothing took place in 2001. It was a collection I created for the Ararat Hayatt hotel in Moscow. This experience proved to be very useful for me in the future. It was an interesting concept where I had to position the hotel staff as partners of the hotel’s clientele. The level was very high indeed. The requirements were crystal clear, the task description prepared by the hotel’s American management was very precise and professional. This was what I craved to have so much later on, during my work with our local, Russian corporations, since the typical Russian approach to uniforms design is lack of trust in professionals and being sure that everyone is the designer himself, and so on. It was difficult, but also interesting, and very challenging.

“Designers perhaps know better than anyone else how to take up such a challenge, embark upon a virtually impossible mission and make it happen nonetheless. This is not at all about a beautiful sketch! It's all about time management, strict quality control and responsibility.”

6
Who have been some of your most influential clients?

I cannot possibly name my most influential clients, but I am happy to list the particularly honorable and important people for me ... Karina Dobrotvorskaya, for example, President and editorial director of the new department of Brand Development at Conde Nast International. Evelina Khromchenko, Fashion expert and TV presenter. Alla Verber, Fashion director of TSUM (Central Department Store) and the Vice-president of Mercury Group.

It was Vladimir Lenin who said that you cannot live in the society and be free from it. I cannot but participate in charitable projects organized by my friends. For example, the project called “Dream Skis”. These are wonderful campaigns to raise funds for the benefit of children with cerebral palsy. Or the “Doctor’s Cap”- a charitable project designed to draw attention to the topic of premature newborns. And so on. None of us is immune from life's hazards. And I prefer to treat people in the same way as I would like to see people treat me.

Conceptual art is what modern times clearly need. As a rule such art is not commercial. But it makes us think about what we are doing, why we are doing it, who it might help, and so on ... It is very important now in order to preserve one’s integrity and survive as a human being!

8
What is the significance of the ‘lucky charm’ of the squirrel? Does it relate conceptually to your more recent collections “Birds” (2013)?

The squirrel is my totem. All of us modern women are squirrels on a wheel, working in a spin cycle. We run through life, not always exercising good judgement and common sense. Being an animal, a squirrel does much better than that. It is guided by instincts. It is atuned to survive, be healthy, and live surrounded by nature. My niece, who works in New York for Victoria’s Secret as one of their art directors, made a lovely drawing for me lately on which a squirrel is riding a bicycle. And the slogan goes: It is enough to run as a squirrel on a wheel! It's time to turn the wheel only when you need it, and in the direction you want it to! So, there is my motto for today!

9
Can you talk a bit about your vision for design in the coming decades for fashion designers in Russia?

I think it's 3D. I very much want live through seeing these interesting times.

10
What’s next for you professionally?

My daughter is now studying at the Royal Academy of Arts in Antwerp, Belgium, in their Fashion Department. I can’t wait to see her behind the wheel with me just leaning back and enjoying the ride! 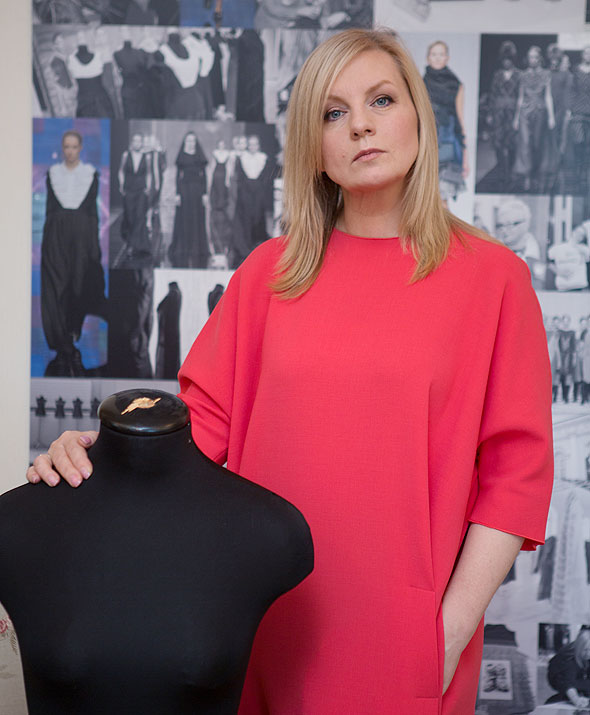 Victoria  Andreyanova  was born  in  the  former Soviet  Union.  She  is one  of  the most  significant  Russian  fashion  designers  and  the  winner  of  multiple prestigious fashion awards in Russia. Victoria  is  a  graduate  of  the  Moscow  Art  College  and  the  Kosygin  Textile Academy. Her company has successfully operated in the Russian market for more than 10 years and every season, since 1997, she has shown her collections at the Moscow Fashion Week. Her  conceptual  art  exhibitions  and  installations  are  marked  by  a  creative approach to important social issues.

Following in the footsteps of the ico-D Board Meetings, the Splash! feature series is a Member outreach initiative that explores aspects of design specific to regions visited by Board and Secretariat. The first was Splash! South Africa, following the ico-D Johannesburg Open Forum; the second was Splash! Stockholm, following IBM07, hosted by Svenska Tecknare. The goal of Splash! is to take advantage of being in-situ, and to facilitate person-to-person contact and conversation with regional Members, in order to conduct interviews, carry out studio visits and video reportage, as well as to request for unique content to be created by regional Members for a homepage takeover to provide a compelling and relevant regional focus.