meet the new board

Montreal, Canada, 1 December 2015—On 22-23 October at the organisation’s 26 General Assembly in Gwangju, South Korea, the Members of the International Council of Design, ico-D, elected a new Executive Board for the 2015-2017 term.

The 2015-2017 Executive Board is made up of individuals embodying a cross-section of skills and experiences, with Members coming from a range of geographical regions, good gender representation and balance of the core membership sectors: “Icograda has had a long history of having Boards that were passionate and hands-on, that valued inclusivity and using design as a lever for social, economic and cultural development,” states Managing Director, Ana Masut. “ico-D continues to be people-centred as an organisation and the new Board are dedicated, serious and generous individuals who are enthusiastic about working together.”

"I consider myself lucky to begin my term with ico-D excellently positioned to advance. Iva is delivering an upgraded, financially stable ico-D with a highly motivated staff with increased capacities, under excellent management. We are poised to make exciting progress, using our Platforms to develop our agendas. The 2017 Montréal Summit will be a unique opportunity to address critical issues, and provide tangible benefits to our members.” 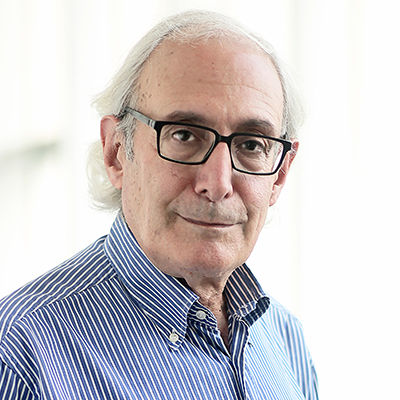 David Grossman is an environmental graphic designer and partner of Daedalos Design Studio in Tel Aviv. In recent years, he has been involved in the development of the Chinese design industry infrastructure. David is President of the Israel Community of Designers—Israel’s multidisciplinary professional design organization and is a founder of Vital, the Tel Aviv Center for Design Studies (1987) and of the Graphic Design Department of Shenkar College in Israel (2000). He has played a key role as organizer, editor, lecturer and juror for international design festivals, conferences and exhibitions, catalogs and annuals. David served as Icograda’s Treasurer and President between 1995–2003. 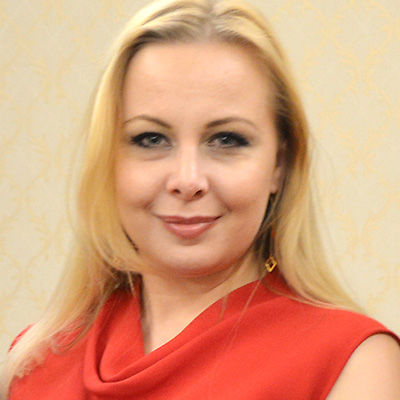 Born in Zagreb, Croatia, Iva studied at the Hochschule für Angewandte Kunst in Vienna. She has worked extensively as a photographer, art director and freelance designer for major advertising agencies, publishers and cultural institutions. Iva is the founder and president of the Association for Promotion of Visual Culture and Communications (VIZUM) and has worked extensively on the organisation and execution of ZGRAF and other international exhibitions and projects. She is a member of Croatian Designers Society (HDD), Association of Artists of Applied Arts (ULUPUH), and Art Directors Club New York, and is currently the Creative Director at Havas WW Zagreb agency in Zagreb. Her work has been included in exhibitions and publications both in Croatia and abroad. In her previous terms as Icograda’s Vice President and Secretary General, Iva has advocated for Membership and Professional Practice issues, with a focus on spec work and best practices. 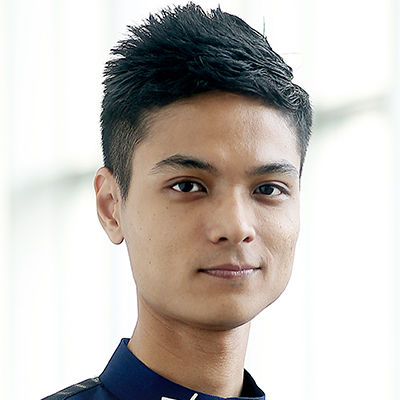 Zachary Haris Ong is committed to the development of design impact on national GDP, and acts as an advisor to the Malaysian government for the development of its national design agenda. He was the catalyst in assembling all design associations under the Malaysia Design Council. For his work, he was nominated for the prestigious 7 Bintang Lifetime Achievement Award at the Kuala Lumpur Design Week, in recognition of individuals who are key contributors to the creative industry of Malaysia. He led the Rediscovery: Icograda Design Week in Sarawak in 2012, and was President of the Graphic Design Association of Malaysia (wREGA) for two consecutive terms. He was listed in Prestige magazine’s Top 40 Movers and Shakers of Malaysia Under 40. Currently, he is a principal designer at Zachary Haris Ong & Associates based in Kuala Lumpur. 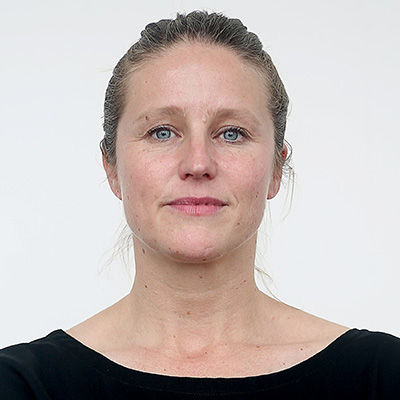 Tyra von Zweigbergk works as a designer, illustrator, artist and lecturer and her work has been been recognised with both awards and exhibitions. She is a regular guest lecturer at Konstfack University College of Arts, Craft and Design and board member of Svenska Tecknare since 2010, where she is currently Vice President and head of both International Relations and the Rights and Conflicts Fund. In 2013 she was elected to the Board of European Illustrator’s Forum, and in 2014 she initiated and co-organised the Sharing Possibilities symposium in Oslo with Grafill, Norway, as well as the Value of Design Seminar with participants from the Board of ico-D in Stockholm 2015. 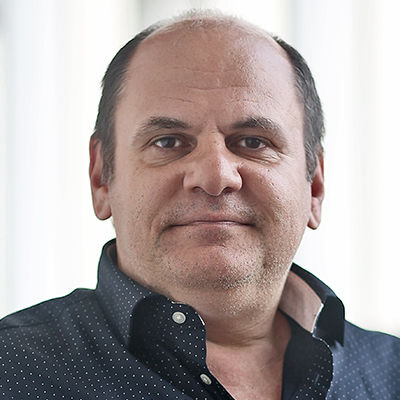 Peter Florentzos is a leading designer from Brisbane (Australia) with more than 20 years experience in the discipline of graphic design. His specialty extends to branding in the architectural, property development, retail design and interior design sectors. Peter has recently been appointed as a Design Institute of Australia (DIA) Ambassador and Life Fellow of the DIA (LFDIA), after previously having served the profession as a DIA National Director and DIA Queensland Branch President. He is also a member of the Australian Graphic Design Association (AGDA) where he has previously served as National Councillor and Queensland Treasurer. Peter has also been a Lecturer and Tutor in graphic design at the Queensland College of Art, Griffith University. Florentzos Design is an award-winning multidisciplinary design studio, proud of its collaborative approach to design. 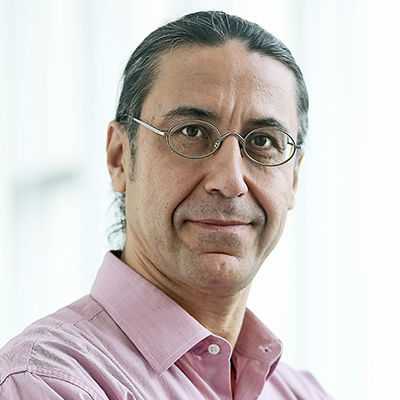 After he gained his MSc. from University College London and a PhD from the University of Tokyo, Dr. Cihangir Istek has held several faculty positions and been teaching design based on ‘Learning-by-Doing’ and ‘Real-Life Projects’ with a focus on Space and Environments at various universities. Currently, he is a Vice-Chair of the Department of Communication Design and Management, and a Programme Director of VCD at Istanbul Bilgi University. In addition to his academic work, he has also worked internationally, holding several design professional and consultancy roles, including the founding and directing of an interdisciplinary design practice. Since 2008, he has been an Associate and Design Representative in Istanbul of the Institute for Information Design Japan (Tokyo). 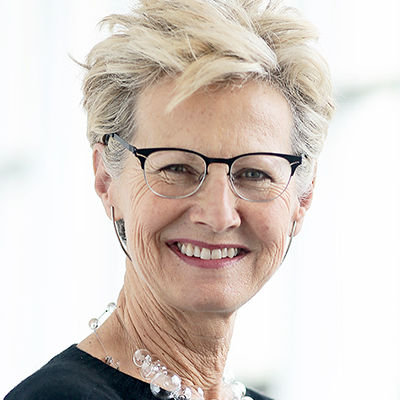 Heidrun Mumper-Drumm is a professor and Director of Sustainability Initiatives at Art Center College of Design. Her integrative approach to design education is based on a multi-disciplinary career spanning science and design as an environmental engineer, graphic designer, publisher, letterpress printer, book artist and design educator.As faculty and Director, Heidrun continues to teach and develop a Design for Sustainability curriculum, in which life cycle evaluation is integrated with design process to optimise product service system sustainability. She leads research, speaks, and conducts workshops on life cycle design innovation. 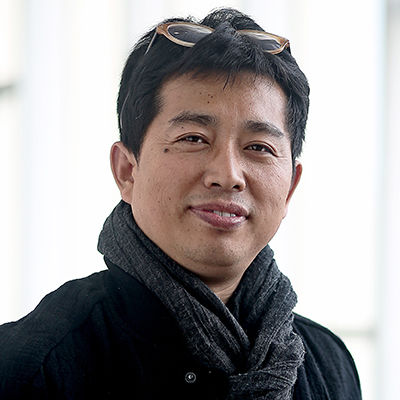 Wang Ziyuan, professor at China Central Academy of Fine Arts (CAFA), director of Graphic Design Dept. School of Design in 2003–2012. He has received design awards including 'Best Book Design of the Year' of China in 2004, 2010 and 2012. He was the main designer and project director for 2008 Beijing Olympic Games. When the 2009 Icograda Congress was held in Beijing, Wang was a key organiser. 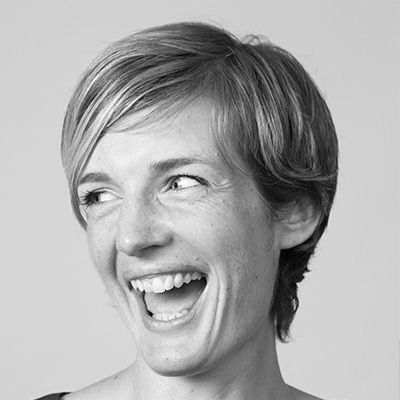 Rebecca Wright is a design educator, researcher and writer. She is Programme Director of Graphic Communication Design at Central Saint Martins, University of the Arts London, where she leads undergraduate and postgraduate study across specialisms that include graphic design, design and interaction, illustration, moving image, advertising, typography, digital media and communication design. She was previously Academic Director of Communication Design at Kingston University and her other academic positions include Visiting Professor at Musashino Art University, Tokyo. Rebecca is co-founder of GraphicDesign&, a pioneering publishing house exploring how graphic design connects with all other subjects and the value that it brings.

High res images of the Executive Board: http://bit.ly/1LIOPQp